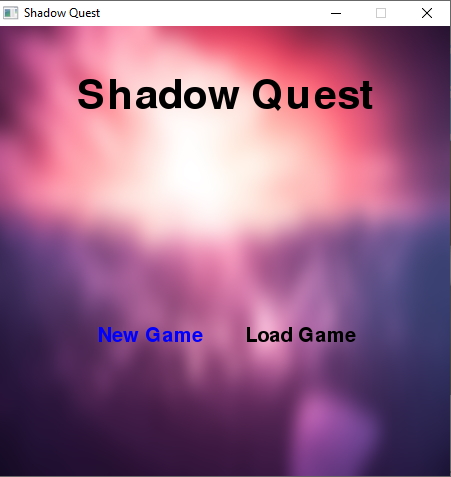 Shadows of the Heart (aka Shadow Quest) was the first major game I really dove into for no other reason than I wanted to make games. It pulled together a lot of my creativity and taught me probably more than anything I've done while making games - if you ever want to become a designer, go make a game because it's the greatest learning experience out there.

Anyway, the game is a bit of a grinder as the player adventures through 5 primary levels, defeating bosses, collecting items, and finding party members. I really had no clue what I was doing as I made the game, so it lacks in a lot of areas of design I want to one day go back and fix, but the core parts of it I love, and I like much of how I structured the story and meaning behind a lot of it. If for no other reason, I think playing the game for the story is worth it.

If you'd like to get a copy of the game, you can find it here: Shadows of the Heart.