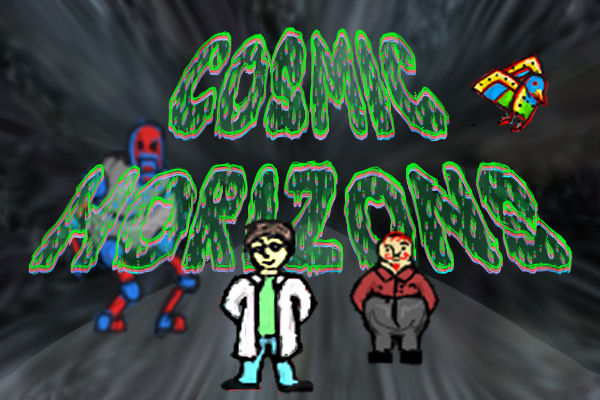 Cosmic Horizons was created for my senior thesis while at Pomona College (you can find the thesis here). I didn't really want to dig into research since I was over science at that point and wanted to get into games, so I had a number of conversations with my professors and we decided to go in this direction: exploring the world of gamification and creating a game that could teach people all about astrophysics.

The game is a simple platformer, with the player attempting to avoid enemies and get to the observatories. At each observatory, the player learns about another step of the cosmic distance ladder, allowing them to travel further into space. Eventually the player reaches the edge of the universe, and they reach a resolution with the scientist that has been harassing them throughout the game. It's a pretty short game (probably not more than 30-60 minutes), but cute and does help kids understand how the cosmic distance ladder works.